Argentina’s famed “Conquest of the Desert” originally set out to populate the outer regions surrounding Buenos Aires. The conquest was a bloody success that resulted in the destruction of indigenous communities and the securing of the vast Patagonia region from bordering Chile. Over 130 years later, indigenous communities throughout Argentina still struggle to maintain their land, culture and autonomy.

Argentina is no longer expanding its borders; instead, the government is looking inwards to find ways to monetize the land and extrapolate natural resources in an attempt to stabilize its precarious economy. This effort often collides with many indigenous communities’ claim to sacred land, creating a protracted conflict that many native groups are calling the “Second Conquest”.

This essay documents the social issues oil fracking, access to water and land acquisitions across the country. By documenting these conflicts in multiple areas, from multiple communities, this project aims to show that the struggles faced by indigenous groups are not singular occurrences, but rather, a systematic national effort to control land. 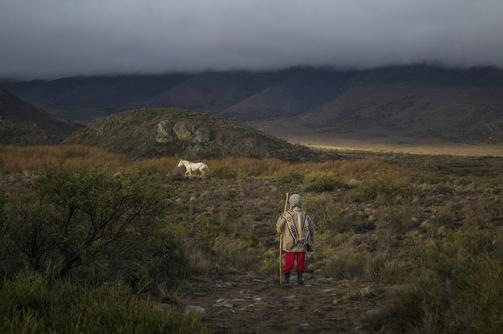